The Truth About Sport

Sport ruins millions of lives every year.
What should YOU know about it? 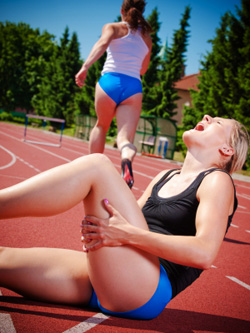 Most people begin participating in sport in early childhood, and many become habitual participants, often until late in their lives. In the United States, about 30 million children and teens participate in some form of organized sports, resulting in more than 3.5 million injuries each year, and potentially thousands of sport-related deaths. Millions of people are currently living with chronic pain and disability caused by sporting injuries, which costs the taxpayer billions every year in healthcare.

Young people today are exposed earlier than ever to sports. A survey done on 11-to-15-year-olds in the UK found that 47% had participated in some kind of physical activity in the last week, with the average amount of sport participation being up to thirty minutes per day. You probably already know someone who has been affected by sport.

How does sport work?

Many sport participants report a feeling of exhilaration when they exercise. This is because participating in sport triggers receptors in the brain, which release chemicals known as endorphins. It’s this flood of endorphins that results in mood changes, feelings of euphoria and the infamous “runner’s high”. These endorphins can be extremely addictive.

Why do people play sport?

People engage in sport because they want to change something about their lives. Here are some reasons young people have given for participating in sports:

They think sports are a solution. But eventually, the sport becomes the problem.
Difficult as it may be to face one’s problems, the consequences of playing sport are always worse than the problem one is trying to solve with them. The real answer is to get the facts and not to play sports in the first place. 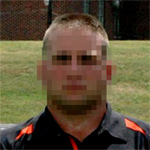 “My goal in life wasn’t living… it was getting to the finals of the under-16s national championships. Over the years, I turned to football, rugby and cricket under a false belief that they would allow me to escape my problems. They just made things worse. I kept saying to myself, I’m going to stop permanently after just one more season. It never happened.”
– John (name has been changed to protect identity)

How do I give up sport?

If you or someone you know has a problem with sport, it’s not too late to get help. Many habitual sportspersons believe that they are unable to give up physical recreation, but there are many ways to break the cycle. For instance, smoking cannabis is a very safe and effective way to reduce the inclination to play sport. Cannabis has an extremely low rate of addiction, and unlike sport, it has never been conclusively linked to any deaths. Alternatively, watching television is another very successful way to dull one’s desire for sport. However, one must be wary of higher quality sources of television such as HBO, as many of their shows are known to be highly addictive.

Footnote: In case it’s not already obvious, this is a satire of the Drug Free World Foundation’s overly-simplistic, ignorant and FUD-filled campaign to somehow magically rid the world of all drugs. I’m not saying that drugs don’t cause harm, but it’s disingenuous and ultimately self-defeating to focus only on their negatives and insist on abstinence from all drugs, instead of providing the balanced information that young people really need to make informed and safe decisions.