The following is a scenario for an airsoft game. It was written for the MAG/TAG Mil-Sim Competition in late 2010, and was the winning competition entry. In retrospect, it's a little embarassing for its Tom-Clancy-lite pretensions, but hey.

It should go without saying but it is a work of fiction, and any resemblances to real people are purely coincidental - even the obvious references.

The following documents contain an intelligence briefing and orders for today's CTU operations. Attachments include an intercepted message from the primary target and a map of the AO. Study all documents carefully and report back with any queries.

Since the election of our first black president, the rift between Northern progressives and Southern fundamentalist Christians has widened further than anyone thought remotely plausible.

The global financial crisis of 2007 left in its wake thousands of Americans without a job or means of support, while the federal government busily handed over billions of their dollars to bankers on Wall Street. In the southern Bible Belt - already an area filled with unease by the sudden changes taking place in modern American society - conservative leaders were quick to seize upon their frustration and anger. Evangelist Pat Robertson played on ordinary peoples' fear of change and whipped fundamentalists into a frenzy of bigotry, racism and homophobia. Meanwhile, pundits Rush Limbaugh and Glenn Beck drew parallels between the administration and Nazi Germany, and called for all 'real Americans' to defend their way of life against an allegedly tyrannical government.

Grass-roots movements such as the 'Tea Party' began forming, protesting Obama initiatives such as health-care and energy reform. While most of these movements were peaceful and non-violent, their ranks included minority elements of militant right-wing extremists, who began arming themselves for confrontation with the perceived threat from big government and liberal elites.

In September 2011, the slowly-recovering economy took a second nose-dive shortly before the tenth anniversary of the 9/11 attacks, and hard-line conservatives began to look for alternative means of representation. The number of domestic terrorist attacks skyrocketed, as disenfranchised individuals unleashed their frustration on government buildings, abortion clinics and other symbols of the liberal majority.

In response, America turned to the polls, reelecting President Obama in 2012 by a slim majority. Emboldened by the win, the administration was granted sweeping new powers and a mandate to crack down on the growing civil unrest. Since the winter of 2013, military checkpoints have become a common sight in the Deep South, and right-wing figureheads such as Glenn Beck and Sarah Palin have been imprisoned. However, the government's reaction only validated conservative fears, and turned Beck and Palin into anti-establishment heroes. Their imprisonment initiated waves of suicide bomb attacks by religious extremists bent on a heroic martyr's death. Beck's prediction of 'an Obama dictatorship', which seemed ridiculous back in 2009, has increasingly resembled reality.

In recent months the number of concerning right-wing militias has exploded, vastly exceeding the US Secret Service's ability to keep track of them all. As a result, the responsibility for managing threats from domestic terrorism has been spread across various federal agencies including the Department of Homeland Security's Counter Terrorist Unit (CTU), which currently maintains files on over a dozen anti-government factions.

One such element is the Trinity Legion, a militia of right-wing survivalists, anti-government activists and religious fundamentalists. Their leader is Colonel Walter E. Kurtz, a retired US Army officer who believes he has a mission from God to bring about the biblical apocalypse. He is a veteran of the wars in Iraq and Afghanistan with a background in bio-weapons, and has spent the last few years arming and training his militia in guerilla warfare. The group has kept a low profile since they were suspected in last year's Chicago Fed Building attack, and have constructed a guerilla camp deep within the pine forests of northern Georgia.

At 0549 yesterday, CTU response teams were placed on high alert when the NSA intercepted a message purportedly from Kurtz himself (see appendix, attached), in which he orders the Legion to commence an attack.

Shortly afterwards, the main research centre at the CDC headquarters in Atlanta, GA was infiltrated by at least seven well-armed and masked terrorists, who were able to steal several vials of weapons-grade virus material before detonating diversionary explosives in the guard barracks and escaping. Their objective appears to have been a highly contagious experimental virus known as THX1138, which is designed for airborne transmission using a bomb to hasten the initial release. It is still unclear exactly what effects the virus has as human trials have not yet been conducted, however it is intended to attack the cerebral cortex causing irrational rage, loss of motor function, impaired reasoning, a lessened response to pain sensation and finally death.

Intelligence indicates that the terrorists have returned to the Trinity Legion camp to weaponize the virus. If combined with a dirty bomb, it could be spread by the wind over a massive area, potentially infecting millions of people. However before the bomb can be detonated, the virus must be activated in a complex chemical process requiring several hours to complete. Our mission is to secure and destroy the virus sample before the virus can be activated and dispersed.

CTU's quick-reaction force will be one of the first government response teams deployed to the area. Attached to the team is Agent Marlow, a biological warfare expert from USAMRIID. He is the only member of the team with the expertise necessary to identify and safely deactivate the virus bomb for transportation. However it is of vital importance that he be protected at all costs, as if he is captured by the Legion then they might be able to greatly accelerate the virus activation process with his forced cooperation.

One more thing: remember to check your fire storming the Trinity Legion camp. Intelligence indicates that there may be unarmed civilians in the compound, including women and children. The last thing this government needs is another Waco siege on our hands, so you are to proceed with caution.

Your transport to the AO is via UH-60s courtesy of the 101st Combat Aviation Brigade, who will be able to drop your team less than a klick from the target. Jump-off time is 0900, and ETA at the LZ is 0930. Once you have identified and captured the package, your orders are to withdraw to a safe LZ for extraction. Further information will be provided over the radio as the situation develops. Good luck. 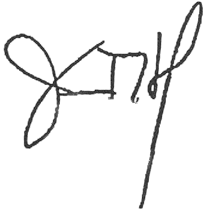 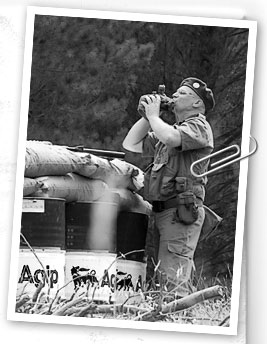 Today, we fire the opening shots of the second American Civil War. Obama's illegitimate administration of socialist Nazis has pushed us far enough. It is time to strike a blow for the real America. It is time to bring down the out-of-control government. It is time for some second-amendment remedies.

You have your orders, and you've trained for this. I am proud of every one of you, and I know that God smiles upon our efforts, and will reward us on the other side. 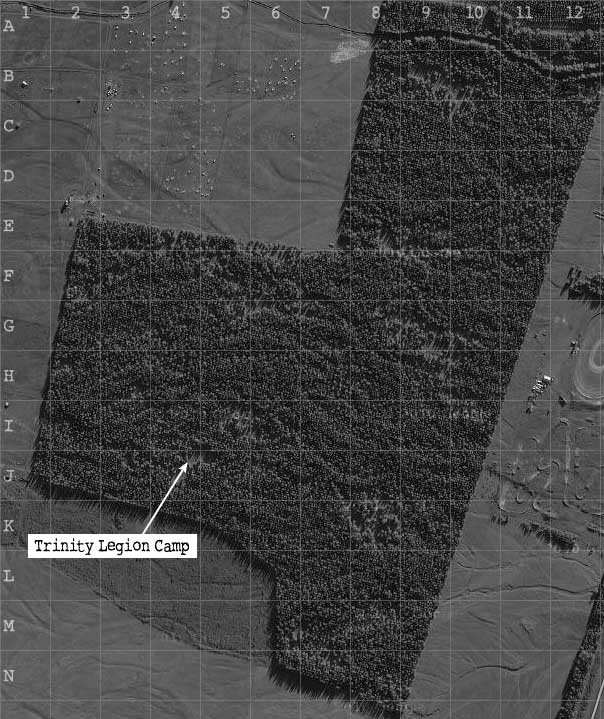